What I find a pity is when people decide to travel to Portugal they just stick to either the Algarve region or Lisbon, but Portugal is so much more than only those 2 and that are as beautiful if not more beautiful. A good example of this would be Beira region aka know as the centre of Portugal which is half way between Lisbon and Porto. In and around this region you’ll be finding cities like Coimbra, Curia, Aveiro, etc…and this region is also known for its SPA’s 🙂 just FYI

If you would ever be traveling to Portugal and want to stay in special hotels, you might want to consider the hotels of Alexander de Almeida’s group which are all historical hotels that were renovated just like they were when they opened. I can say for a fact that they one by one very spectacular. During our 5 day stay in the Curia area in the enormous Curia Palace a Bell époque hotel that first opened its doors in 1926 (created by Alexandre de Almeida, the current owner’s grandfather) and had Portugal’s first outdoor Olympic swimming pool (I gave it a test drive 😉 ). I know I’ll be repeating these words a lot during all my posts, but this was one of the beautiful hotels I have ever seen!! You feel like dressing up like in the 1920’s… everything is exactly how it was when the hotel first opened its doors (but with of course a few modern aspects like mini bars in the room)… just wonderful (obviously if you only like trendy modern hotels, this won’t be your piece of cake). 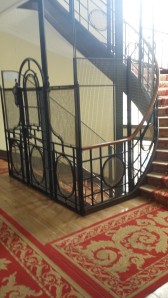 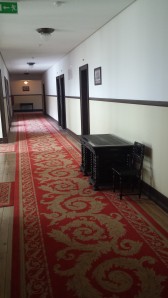 The deal between me and my fiancee is always that I get my vineyards if she gets her beach time… so a promise is a promise…ok not that I don’t like going to the beach, but I wouldn’t be able to stay still and lay on the beach 14days in a row. The part I love about sitting at the beach is staring at the sea which always seems so endless!! When it comes to beaches Portugal has a very big choice of beaches, so just like for restaurants, hotels, etc… I ask advice to somebody who knows the area very well (thanks Filipa!!) and the beautiful beach we were advised to go was Costa Nova , a small town just outside of Aveiro. Wide/large spread beaches where even when it is busy it feels like there is nobody on the beach. That is the kind of beach I like and is exactly what Costa Nova’s beach is like. Costa nova is a small beach town filled with very colorful houses with from most parts of town a water view. 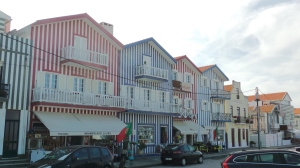 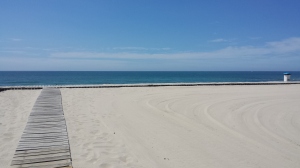 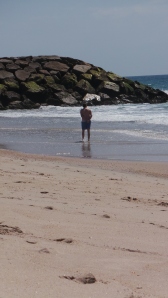 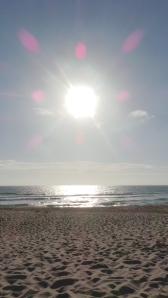 As if faith wanted it, there also happened to be a very nice fish restaurant called Dori right above the local Costa Nova fish market (the deal was regarding vineyards, there was nothing said about restaurants 😉 ). Simple fish dishes, but again the simplicity makes it so njammy (we went back 2 times, so I guess we liked it) and a very nice price… 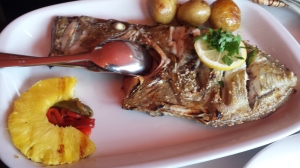 If one would have told me I would be eating the best chicken I have ever eaten in a local Curia restaurant, I would have told him/ her they were crazy… but I got proven otherwise. Our friend Filipa took us to restaurante Pompeu dos Frangos to taste this famous chicken. WOW, really WOW… not sure how they did it (I’m sure it is the type of seasoning), but that was one tasty chicken :-). I was also told that this restaurant used to be a stop for the postal office/ stop to sleep and eat form back in the days when everybody was still riding horse and carriage (so also the horses got to eat and sleep here)… so kid of an old school highway gas station. The restaurant also tried to keep as many original elements as possible. 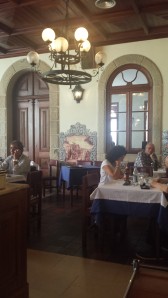 The bigger city that is worth visiting while you are in the area is University city Coimbra (take good shoes, as you have to climb a bit to get to the university). With an obligated visit to the university’s old library and you get the marvellous view over the city as a bonus 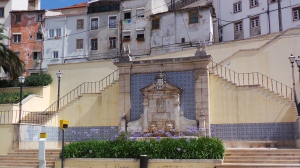 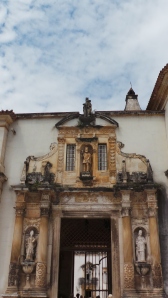 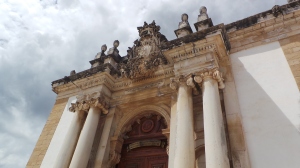 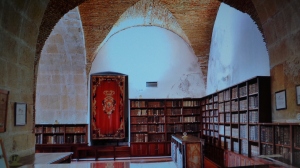 For the non vegetarians (or better the meat lover) when you are in the Curia area you must try the Leitao or Barraida style roasted pork. The best place to do this, is at the king of Leitao aka restaurant Mugasa. The pig they prepare here is every chef’s dream, so you won’t be surprised if I tell you lots of Michelin starred chefs from all over the world came to Mugasa for their Leitoa. Again here simplicity is the rule… but that’s what we like right? 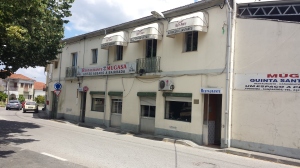 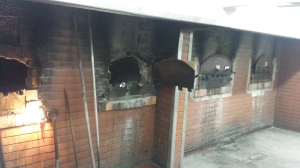 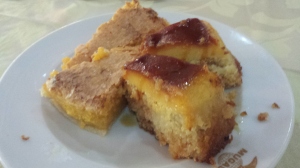 The main reason to visit Barraida are their Baga wines. But more about that in my next blogpost!!