When you do a Portugal roadtrip Lisbon is an inevitable stop or destination. Obviously already because of it is Portugal’s capital city, but also because of its heritage!! There is so much to see and to discover in this city. Lisbon was much larger than I had imagined it, not that I thought it would be a teeny tiny village, but that it was so spread out, no… not even in my wildest dreams ;-). I need to confess that the first day in Lisbon we were very lazy (Yes woman of mine! If you are reading this, you know we were) and the idea of having to do some climbing wasn’t helping! (as you might know Lisbon isn’t a flat city, it has quit the few hills…) so the best idea seemed to start our holiday in a very touristy way by taking the Hop-on hop-off bus tour (Yellow Bus) this way you get a very good overview of the whole city and decide what you would want to see in more detail the following days (when feeling less lazy). Good thing for us, the bus stopped right in front of the hotel 🙂 🙂 (Yes, it was that level of laziness)

That first impression of the city was a slightly overwhelming one, because ever corner you turn and street you cross you see things reminding you the important role in discovering the world as we know it today Lisbon has played. Something that colors up the city is the beautiful tilings you see, it really brightens up the city. A square I enjoyed maybe most was Praça do Comércio , first of all as it reminded me of one of my favorite squares  ever Piazza unita d’Italia in Trieste.  Just like in Trieste this square is the gate to the town. On Praça do Comércio the entrance to the city is a very beautiful one through the Arco da rua Augusta which is as majestic as the square. I’m sure it is the waterfront that makes me happy on squares like this… I love the sea/ocean/ water smell. I can still see us sitting at the waterfront , feeling the sun on our skin, seeing old trams passing buy and thinking what we wanted to see next… (and ok the square is also a very good people watching spot 😉 ) Oh and if you look at your left (or right depending which way you’re looking) you get a very good view of Lisbon’s Golden Gate bridge or the 25 de Abril bridge which is its correct name. 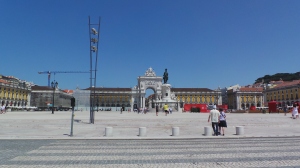 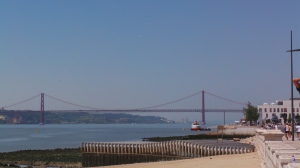 There are sooooo many  things to see and try in Lisbon: Belém, Pasteis de Belém, taking the Santa Justa lift to have a great overview of the city, do some shopping Avenida da Liberdade or around Rua Garrett, go to Sintra, Cascais, … I really would know which one I would need to say you  to visit first?? Just explore the whole city that makes it easier for me 😉 no no, just kidding… try to get to the Mercado da Reibera if you’re a foodlover and even architechtural lover, this is a large indoor market (like the Boqueria in Barcelona). For the most beautiful view over the cities you could either go up the Santa Justa Lift or or when you up at the Jardim Amalia Rodrigues. I won’t even start talking about all the palaces there are because I’d be going on and on about it :-). And one more thing don’t be afraid to take a taxi, their price is very reasonable!Also try to get to the new part of town (Parque das Nações.) 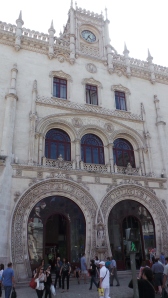 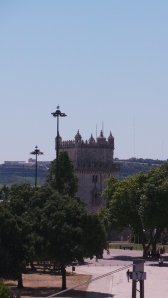 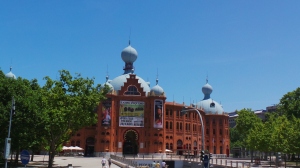 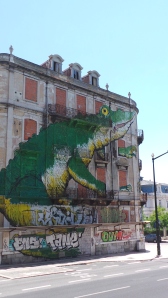 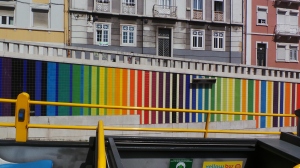 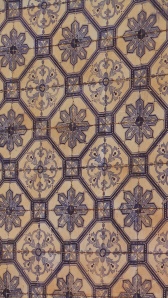 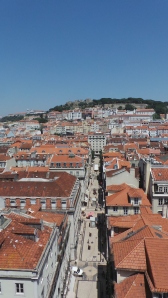 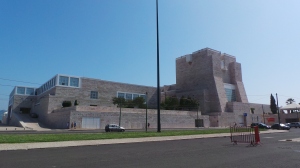 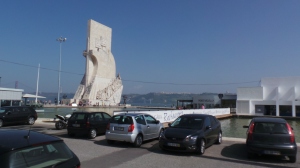 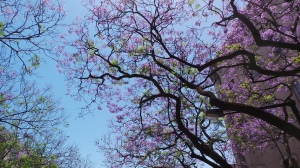 Something I find my duty to share with you is where you should be eating 🙂 (sure you didn’t see this one coming) as like in lots of other capitals or cities there are a lot of tourist traps and I really HATE the restaurants where they try to drag you in when you pass them!!! This said I first need to thank my friend William as he was the one advising me all these spots I’ll be sharing with you (he lived in Lisbon for a few years and like good food as much or maybe even more than me 😉 ) Something I learned during my trip through Portugal is that the Portuguese have a soft spot for sweets and desserts. Every town and even every small village has its own pastry or dessert (mostly existing of egg yolks 🙂 ). If you have the same soft spot (guilty as charged) there are 2 places you must visit. First there is the Confeitaria de Belém to eat the world famous ‘pasteis de Belém’. Secondly there is the Confeitaria Nacional which is an institute when it comes to pastry in Lisbon (Good luck with only sticking to 1 piece of sweetness ;-), I know I didn’t) where they also make the pasties de belèm… maybe do a little own test to see which one you prefer. 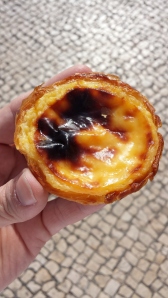 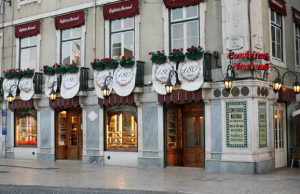 If on the other had you are a shellfish fan Cervejaria Ramiro will be your Walhalla. The difficult part is definitely deciding what kind you feel like eating as they have all nominations of (local) crabs, lobsters, clams, etc… which you will also be seeing in fish tanks all around you (even just outside the bathroom)  so they are FRESH that is sure!! So if the menu doesn’t help to decide you just point to which shellfish you want to eat. Everything is served in a very simple way with some buttered toast and lemon, heavenly that’s all I want to say (simple is the best). We shared a lobster, although the rock lobster or crab or langoustine that we saw passing by looked great as well. Oh and you’re not able to book a table at this restaurant so you might need to queue up for a while, but if worth it I promise you! BTW don’t expect a fancy restaurant as it isn’t, so entering in shorts isn’t a problem 🙂

Foodies and winelovers who are also big soccer fans will like Solar dos Presuntos (but I’m sure all other people will like it as well) as the walls on all 3 floors of the restaurant are filled with pictures and signed jersey’s from famous soccer players that ate at this restaurant… sometimes “big” restaurant like this scare me as you’re never sure what the quality of the food and service will be, but in this case I can say for a fact that it was impeccable, but I didn’t expect otherwise under the coordination of Augustinho. I was advised by my friend William that I absolutely had to try the sea bass cooked in a salt crust, but as it was a 2 person dish and my fiancée didn’t feel like taking it I took the Grilled stone bass with roasted potatoes “a murro” and spinach puree… again the simplicity itself, but ooooh so good. Also try the Pata negra ham!! It is freshly cut. I know you’ll probably be thinking that I’m saying this because I’m an Italian… but until now I was never impressed with the Pata negra hams I ate, not until the one they served at Solar dos Presuntos was one very very tasty Pata Negra that did change my idea and shows again that is all comes down to the quality of product you buy. They also a very nice wine selection!! Just have them advice you and I’m sure you’ll get the prefect wine. I finished with this meal with a slice of almond tart (still dreaming about it).

For a great selection of old madeira’s a stop at Gambrinus is a must!! They have an incredible selection…. Gambrinus is in the same street as Solar dos Presuntos. In contrast with what lots of people think, Portugal also has some very nice meats (mostly Pork) not only fish. There are 2 places in Lisbon (that I know) where you’ll taste the best/tastiest pieces of Porco Preto (a local Porc kind). The first one is O Mattos, where we got very well explained the level of greasiness of every piece of pork J. If you are a meatlover like me I’m sure you’ll appreciate the Secretos or the Pluma cut (I’m sure you know which cut I took). But I’m sure if these are too fat there are enough cuts of meat that are less ‘fat’ or even fat free. The grill all their meat and is served with some kind of spinach puree and baked potatoes. Again here a very nice wine selection (I’m sure Antonio will advice you well). FYI I didn’t just get the piece you see on the picture below, there was a whole tray of meat next to us 🙂 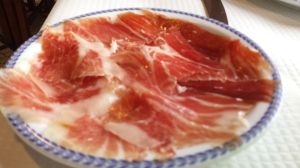 The second must-do place for Porco Preto is restaurante Carvoaria Jacto. Unfortunately didn’t make it here as our days in Lisbon were numbered, but form all I’ve heard it is for pork meat what Ramiro is for shellfish 🙂 I could still give you many more restaurant tips, but I’ll keep them for another time.

Even though Lisbon was great and very beautiful, but what was about to come was even greater !! Stay tuned for more about beautiful Portugal…

One thought on “Roadtripping through Portugal: Lisbon”