After having the Hello fresh experience for more than a half year, my wife suggested it was maybe time to try something different…something even healthier. Is that even possible was the first thing that popped in my mind?? I mean is that possible without actually going on a diet…which is something I refuse to do as first of all I like the way I am and secondly when you stop with a ‘diet’ you gain more weight then you actually lost in the first place… My wife thought Pascale Naessens‘ way of living or cooking seemed like a perfect candidate. I have to admit that I initially was a bit skeptic about it, as I wasn’t really keen on preparing dishes/recipes from somebody who is not a real cook… in my head (without at that time having seen an actual recipe) Pascale Naessens‘ food was the equivalent of the recipes of a dietitian that for me stands/stood for flavorless boring food… so basically food that doesn’t really put a smile on my face 🙂 . To satisfy my wife I just took a few recipes from the Pascale Naessens website (that are available in English, Dutch and French) with the idea that this way she would notice that the fuzz around those books and food is just a ‘hype’ and the books nothing more than beautiful pictures bundled in a book… To make a long story short, in reality I didn’t end up showing  my wife, but rather myself the recipes were much better then skeptic me initially wanted to acknowledge 🙂 After trying those 4 ‘trial recipes’ I ended up buying 5 of her books 🙂 🙂 To start marking the recipes that seemed  like something we would want to eat, put them in a spreadsheet and make a week menu by making a selection from the list until we tried all of selected recipes (without repeating the recipes until we prepared every recipe).

So far 90% of the recipes were able to convince me… ok ok I’ll admit they were just good… About the remaining 10% we didn’t like, it is just 10% and it for sure is just a matter of taste. The lentil soup with turmeric would be an example of those 10%. A few examples of the 90% would be the Fluffy blueberry cake, Cod with mustard-soy sauce and tomatoes, stuffed Turkish peppers, casserole with tomato, eggplant, zucchini and mozzarella, etc… Just to name a few. 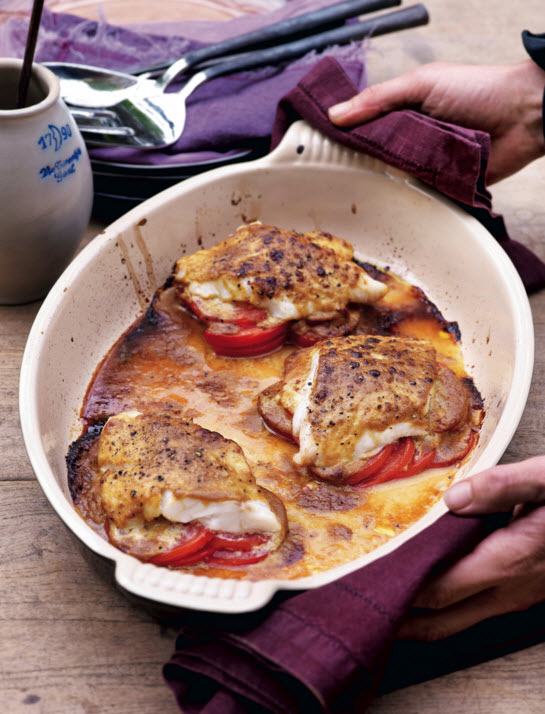 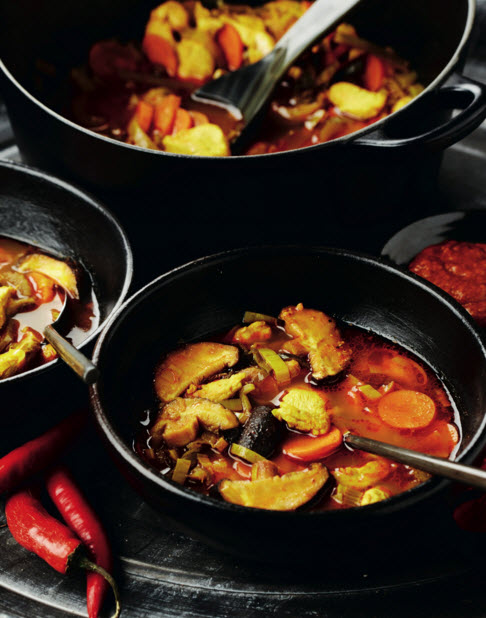 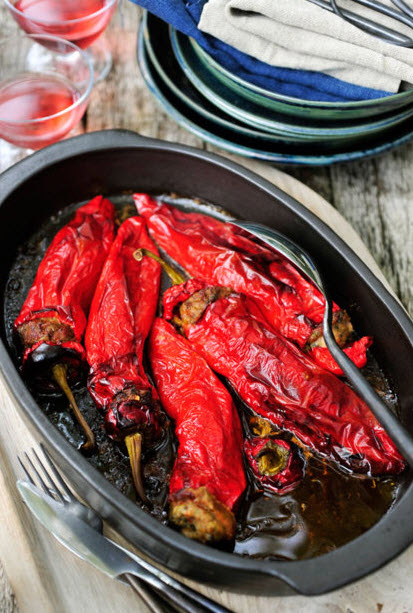 Pascale Naessens‘ philosophy is simple, you basically have to leave bread and modified carbohydrates out of you plate when eating. This basically means that instead of having the traditional meat/fish, vegetables and potatoes/rice/pasta in 1 plate, you eat meat/fish with vegetables or vegetables with pasta, rice, potatoes, quinoa, etc… Also use oils like olive oil or sesame seed oil, coconut oil or omega-3 fats. Me, I stick to using Pascale Naessens recipes for dinner and desserts (without flour), but if you would want (like my wife) you could also use her breakfast and lunch recipes… but I love bread and I sometimes need my traditional food (I love eating tooooo much). Which by the way is also something Pascale emphasizes in her books and in interviews, that it is no problem to sometimes have something different… if it is occasionally … ok, with me it is maybe a bit more than occasionally, but not much more!! I do try to stick to the “Pascale” way of eating when I’m at home (that’s why I go out so much to eat 🙂 🙂 no no, just kidding). 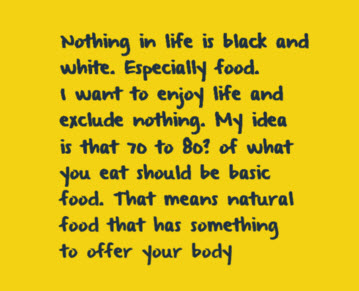 What I also like about her recipes is that they are simple and easy to make (which leans against my life motto about food:  simple food is best), but very tasty and that is what it is all about, right?! If I would indeed lose some weight because of these books, it is a bonus but definitely not the main reason to follow this way of eating!! I see it more as expanding my horizon in the search for good food and recipes.

So far I followed the recipes how they are written down and they are all well explained… the only thing that does drive me crazy about some recipes is the use of  words like‘some’ or ‘a bit of’. I have experience with cooking and usually have the instinct/ feeling how much she means, but I’m very sure that for people who are not  used  to cook or don’t have a culinary background this could ‘ruin’ their dish and therefore not having the  dish how it is supposed to… but it just would be easier if it would say 10g of … ok I know I’m nitpicking 🙂 luckily it is only in just a few recipes. My idea for when I tried all the recipes we had chosen is when preparing them a second time maybe modify the recipes a bit, not by adding things, but rather by for example instead of using the fish from the recipe, use a different kind of fish, or meat, etc…you could see it as “re-inventing” Pascale’s dishes to surprise yourself and your dinner guests and avoiding eating the exact same thing more than once 🙂

People who know me, know that for me to make a step like using these recipes must mean that I’m really convinced of it… if I wouldn’t have been the line would have been drawn after the 4 trial recipes…

I would say, try and see if she convinces you like she convinced me and thousands (maybe millions) of people around the globe! Enjoy